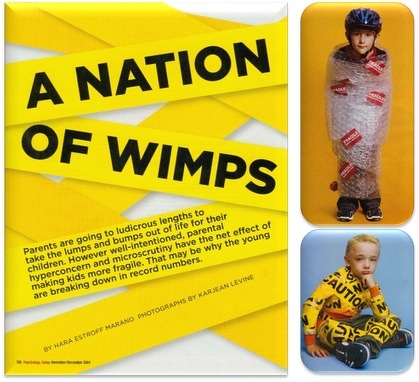 My daughter had a swim meet this weekend. After every event, she excitedly strolled over to her coach to check in. Her coach would tell her what she did well (ear-to-ear grin), point out any weaknesses in her stroke (shoulders slump), and conclude with a high five telling her, “Nice job!” She then came to check in with my husband and me and she said, “How did I do?” WELLLLLLLLL….We too would tell her she did very well at some aspects of the swim, point out her areas for improvement, and tell her nice job. However, after one of the heats in particular, as I was telling her things that she could work on, she said, “Mom, are you criticizing me?” (She is so clever). “Well, yes, I guess I am. I would rather call it feedback. I have already told you how well I think you did. I also told you how proud I am of you. Regardless, you still have areas to improve. Mommy and Daddy give each other feedback, ahem, on a regular basis.” (Of course, I am not about to let her know that neither of us readily accept it. She will figure that out on her own at a later date.) Why is it that her coach can give her feedback, but if we tell her anything, it is criticism? As individuals, why do we take feedback from employers, customers, etc. more receptively than a spouse or parent, who loves us and truly has our best interest in mind. We bristle with defensiveness often retaliating by pointing out one of their flaws.

In our “everyone-gets-a-trophy” culture, are we doing a disservice to our children by not allowing them to receive an honest evaluation of their performance? Taking it a step further, are we preventing them from experiencing disappointment thus disallowing them to learn essential coping skills they will need throughout adolescence and even adulthood. Without feedback, how are we to get any better? I believe these actions are creating generations of wimps. To my point, in recents months, I heard of schools that were no longer going to have special receptions honoring those who achieved academic excellence, because they didn’t want the other children to feel bad. BOO HOO!!!! WORK HARDER OR GET OVER IT!!!

A lack of feedback, i.e. not giving a trophy to the best prepared team, can potentially disincentivize individuals from giving their very best effort. If they know beforehand that they are going home with the same hardware as everyone else, what is the motivation to bring your “A” game? It reminds me of an interview I watched where college kids, having grown up in this culture of everyone getting the same regardless of performance (i.e. wealth redistribution), being asked if they would mind averaging their grades with others who didn’t do as well. For example, would an “A” student mind taking a “C” because another student, who made an “F” hadn’t made a good decision to study and prepare himself for a test, but, instead, decided to stay up all night partying like a rock star? The looks of shock on their faces were priceless. There was a mixture of flabbergasted horror and incredulity. “No way! I earned that grade!” Interestingly enough, having had no real life experience, they don’t equate that scenario with the progressive income tax rate. Due to Liberal indoctrination and propaganda, many college students believe those who have made good decisions, studied hard, taken great risk, and worked their whole life sacrificing family time and even their own health to achieve comfort in their later years should “pay their fair share”.

My husband does everything with high energy and great attention to detail. He is particular about keeping a well groomed yard. He is the lawn guy, I am in charge of keeping watch over the flower beds. A couple of years ago, we opted to pay a more expensive landscaping company because their reputation warranted it. He came home recently from a meeting and the landscaping crew were there working. He wanted to discuss a few brown, bare spots that were randomly scattered in our lawn. Mind you, he schedules his day such that there isn’t a lot of leeway in between one task and the next. In his dress shirt and slacks, he walked around the yard pointing out different things that were concerning him about the lawn. For him, he was just checking off his mental list of areas that he wanted to be addressed.

A few days later, my husband received a text from the owner of the landscaping firm telling him that his employee felt my husband had berated him, and his employees will not be subjected to such treatment. Granted, I usually am the one dealing with the crew and have more of a warm-fuzzy personality; he is more direct. I am more about relationships, he is more about finishing a task….we complement each other well that way. For example, it takes me thirty minutes to say my farewells at a party; it takes him 5 minutes tops.

Luckily, I was outside watering my flowers, so I heard the tone of the conversation. My husband was merely giving feedback to an employee of a landscaping firm that he pays considerable money to maintain our yard and landscaping. He didn’t make it personal. Doesn’t he have the right to give input? Are people so thin-skinned that they cannot accept it as an opportunity to improve? In the workplace, most employers give an annual review assessing your performance for the previous twelve months. If there is an area that the boss thinks needs improvement, you either get better or get overlooked for a raise or a promotion. In a worse case scenario, you get demoted or get your walking papers.

Feedback, a.k.a. criticism, is a necessary element to a productive and thriving society. We should all put on our big boy/girl pants, sift through the information, and use what applies to become our best selves. Come to think of it, maybe we should think about an annual review in our marriages. Just kidding! I somehow don’t think that it will lead to matrimonial harmony or bliss.

My Tweets
Follow Princess To Patty Cake on WordPress.com
Join 748 other subscribers

Top 10 of Anything and Everything